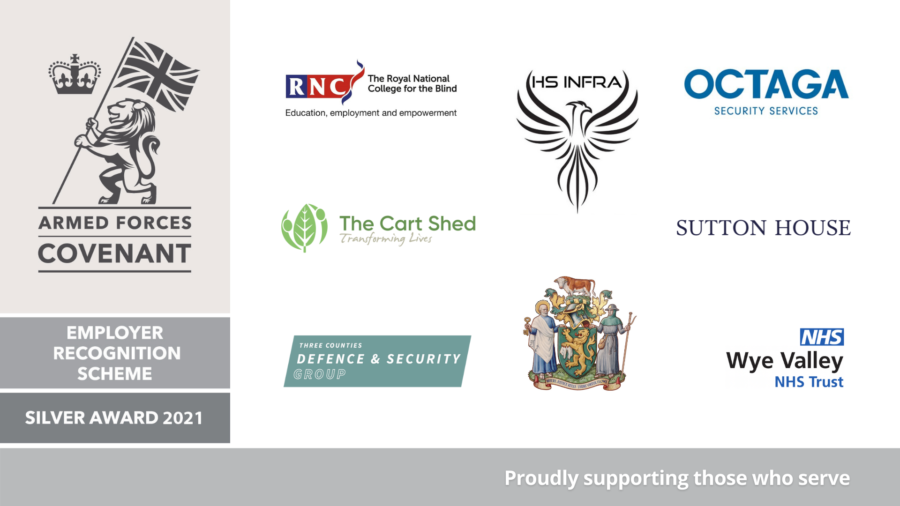 Leominster Town Council is one of 8 organisations in Herefordshire to be awarded a Silver Award.  West Midland West Midland Reserve Forces & Cadets Association (RFCA)  would like to congratulate all of their region’s 41 winners for 2021. The organisations cover all of the regions counties and come from a wide range of sectors including education providers, NHS Trusts, charities, local authorities and security firms.

Cllr John Rumsey, Mayor of Leominster, says “I am very pleased to hear that we have been selected for a silver award and the recognition this gives to our team that have put in so much time to support our local armed forces.  Although it is always a joy to receive the recognition, the effort and time committed to these activities has been a pleasure and our team have enjoyed the interaction and being able to support such a worthy cause. I hope that we will be able to continue in our efforts and will endeavour to offer support in the future in any way that we can.”

Cllr Clive Thomas, says “It was great to hear the news that Leominster Town Council has been awarded the Silver Award. The Town Council team have worked hard over the past few years, from hosting Armed Forces Day, to supporting the Cadets so this award is well deserved.”